COVID-19 RESPONSE: C&J Well Co is operating as an essential business & complying with the Social Distancing Requirements. We are available to assist our fellow Hoosiers with emergencies.

The little country of Zambia, nestled in the heart of Africa has one of the highest numbers of orphaned children of any country in the world. It is estimated that 27% of all children in Zambia have lost their mother, father, or both parents. It is estimated by some that in the urban areas three-quarters of families are already carting for at least one orphaned child. The number of orphaned children who live on the streets in Zambia has increased by 250% in the past ten years. The crisis, brought on by HIV/AIDS, exists in a country that is not capable of addressing the problem.

In 2002 God provided 13 acres of land in a rural farm setting just 18 miles outside of Kitwe, Zambia. Property was cleared, roads graded and housing plots marked out. In May 2003 construction began and in September of 2004 Faith Children’s Village was officially opened. 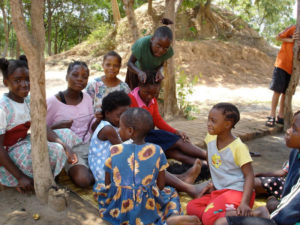 The goal is to provide a loving home in a Christian environment for children who have been left without parents. Each home includes a “mother” and functions as close to a normal household as possible. Families cook and eat together, carry out household chores, attend school, and are involved in the ministry of Faith Baptist Church of Kakolo.

Currently, there are 69 children and 24 members of staff at Faith Children’s Village.

Our owners—Josh and Christy Abdnour—began supporting Faith Children’s Village in 2013. With the ever-growing need—there are at least 17 new orphans in 2020 with the need of $200/month—C&J would like to extend this opportunity to support FCV to those in our community (use button below). C&J is committed to contributing $10,000 to these children, as well as to raising the remaining $31k.